Included in the Fall 2019 newsletter 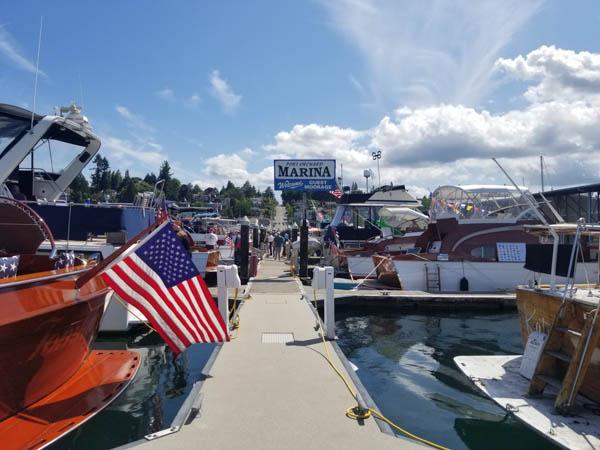 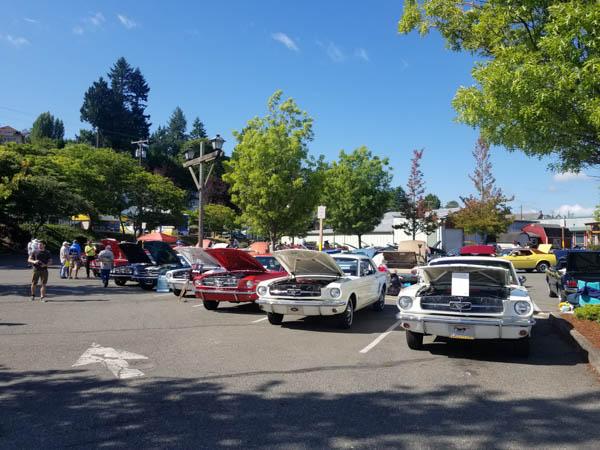 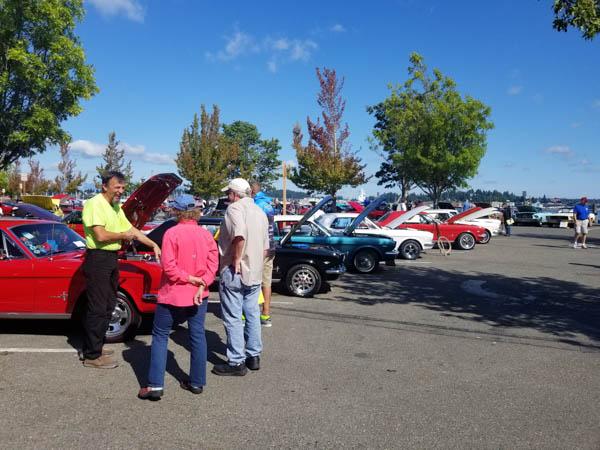 The summer of 2019 has been incredibly successful for both the Port Orchard Marina and the Bremerton Marina. The weather in Sinclair Inlet was pleasant and brought an increasing amount of guest moorage to both marinas as people celebrated together on the water, recreated, and enjoyed all the amenities that both the Cites of Port Orchard and Bremerton had to offer.

Port Orchard had many events over the summer which drew more and more people to the marina docks.  The Port Orchard Farmers Market ran every Saturday from April to October, with a new offering of the monthly Night Market adding to the evening events. Every Thursday, concerts on the bay filled the marina park with music ranging from Elvis impersonators, country and western, to classic rock and everything in between. The Kitsap Harbor Festival and the Seagull Calling Contest drew many families to enjoy the fun local events on the Port Orchard waterfront. As every year, the annual Fathoms of Fun celebration was a crowd favorite with amazing fireworks on the Fourth of July and a record turnout. Port Orchard was the location chosen for one of the country’s largest Chris Craft Rendezvous where saltwater meets finely polished mahogany. The summer season rounded out with events for the automotive enthusiasts enjoying both the Mustangs on the Waterfront and the Festival by the Bay at the Saints Car Club Cruz, with more than 600 vehicles participating. The tall ships Lady Washington and Hawaiian Chiefton visited the docks and enthralled people of all ages. Every weekend there was an exciting and fun event on the Port Orchard waterfront to be enjoyed by the boaters, residents, and visitors.

The Bremerton Marina also offered an extensive number of events to keep everyone entertained beginning with the Opening Day celebration and a celebration of the local military contribution to the community with the 72nd Armed Forces Day Parade.  The Kitsap Harbor Festival is enjoyed equally by both marinas on both sides of Sinclair Inlet and celebrates the connection our two marinas share in this wonderful inland sea of Puget Sound. The Bremerton Bridge Blast had a record turnout for the fireworks the music and the festivities and included an air show over the Mannette Bridge. It was an event not to be missed.  The sound of music permeated the boardwalk every Saturday throughout the summer with the Rock the Docks concerts. The need for speed was satisfied with the Puget Sound Performance Boats festival, showcasing some of the fastest boats on the water. For those who enjoy fine local libations, Bremerton hosted the 7th annual Bremerton Summer Brewfest and the Kitsap Wine Festival. As with each summer, the event schedule wrapped up with the largest and most successful celebration of the 30th annual Blackberry Festival on the boardwalk.

One of the most exciting projects in Bremerton is the development of the Marina Square Project in downtown Bremerton, adjacent to the Bremerton Marina. Plans include a new hotel, restaurant/bar, and apartments in two, six-story towers above three-levels of subterranean parking. The southern tower will house approximately 125 hotel rooms with amenities, in addition to a waterfront restaurant and bar. The northern tower will have 130+ apartments over structured parking, featuring ample amenities, including a rooftop deck and fitness center. The entire building is specifically designed to maximize waterfront views and reinforces the view corridors and pedestrian access points to the waterfront. The Port is excited to be a supporting partner with this newest addition to the Bremerton skyline.

The summer of 2019 has been one of the busiest summers for the Port Orchard and Bremerton Marinas. The excellent staff and amazing teamwork to always go above and beyond expectations made sure that all the summer community events, the record number of guest boaters in an already full marina, the many yachting club gatherings, and all the other celebrations of summer went smoothly and were enjoyed by all. This summer, it has been a pleasure to serve as a member of the fine team that constitutes the Port of Bremerton staff, and we can’t wait for an even better year next summer.

The Port of Bremerton is excited to announce that WRG Fire Training Simulation Systems,...

The Port of Bremerton Commissioners voted unanimously to award the design and engineeri...

Below is a press release that was distributed regarding a new recycling program at the ...

The Port of Bremerton's Fall 2022 Newsletter is officially live! To read about the late...

View photos of the newly striped runway at BNA.

Four of the most famous WWII bomber and fighter aircraft made a stop at the Bremerton N...

It is with great sadness that we report that long-time Port attorney, Gordon Walgren, p...

Staying in front of progress