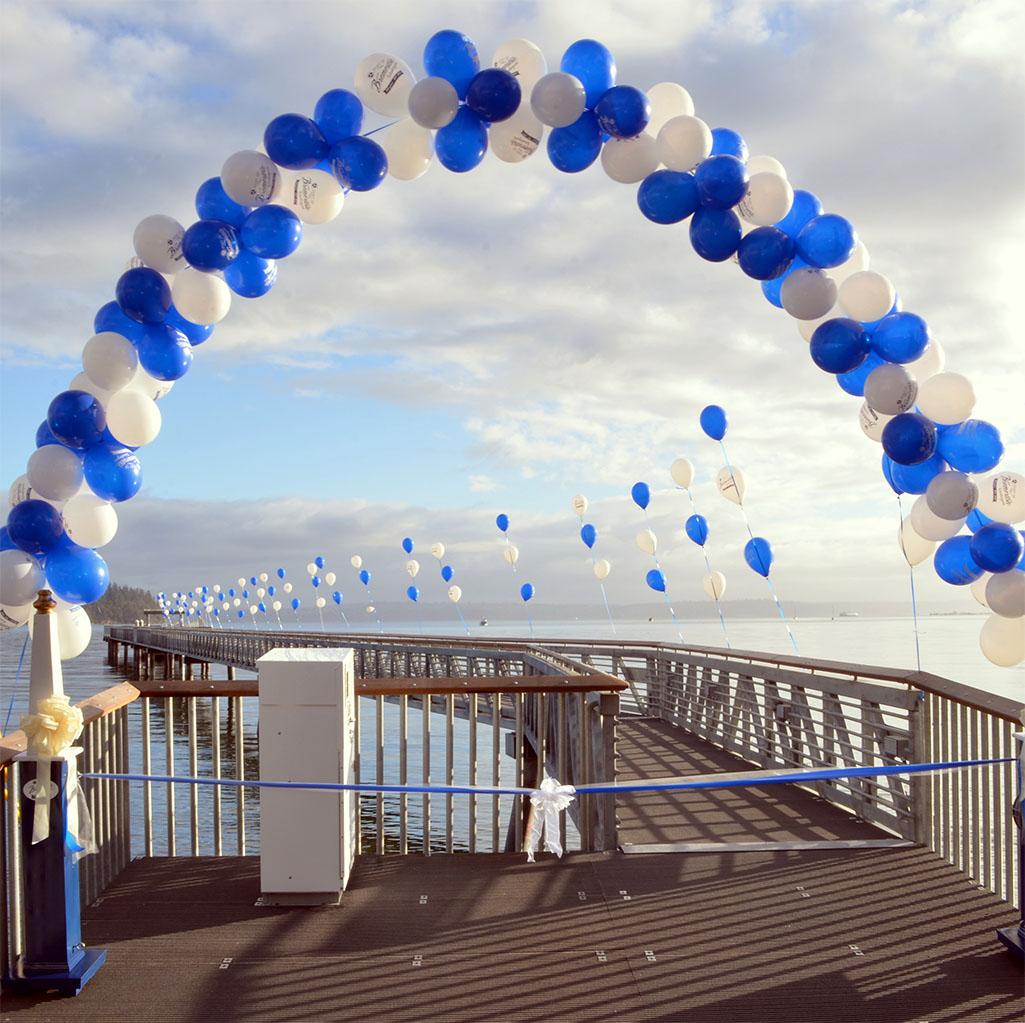 Harper Pier has seen enormous success since its grand reopening. Operated and maintained by the Port, the Pier is a community and regional recreational asset. People have been using the newly reconstructed pier for all types of recreational activities that the Pacific Northwest has to offer.

The Pier – Past and Present

Built in the 1880's and used as a dock for Mosquito Fleet steamboats, it was rebuilt in 1919 to serve auto ferries and continued to do so until the early 1960's. Since that time, Harper Pier served as a recreational facility mainly for fishing and diving. The effects of time, weather and the hostile marine environment took a toll on the structure leading to very much needed replacement.

Thanks to strong community support and several sources of grant funding, Construction of the Pier was completed in January 2015 with a community ribbon cutting celebration hosted by Congressman Derek Kilmer on January 16.

The Pier welcomes the diving, fishing, crabbing and squidding community as well as photographers, the Washington Audubon society and nature enthusiasts alike. Divers find the Pier a popular setting for underwater exploring of a fishing trawler, a powerboat wreck as well as a sea anemone that provides a unique diving experience.

Bremerton Fly In and Car Show

The Port of Bremerton is excited to announce that WRG Fire Training Simulation Systems,...

The Port of Bremerton Commissioners voted unanimously to award the design and engineeri...

Port of Bremerton wins Job Creator of the ...

View photos of the newly striped runway at BNA.

Four of the most famous WWII bomber and fighter aircraft made a stop at the Bremerton N...